As we approach 1000 likes, i feel it is time for a giveaway/competition. All the details are here

Go get liking and sharing!

I have been asked to hold a stall at some local handmade markets,

Considering I generally just do custom orders I have a few questions!

For those that attend what do you look for? What are items that you would purchase?
If you see something you like what is the general price range you would be happy to pay?

Because I have just surpassed 700 likes on my facebook page, I have decided to giveaway a $25 voucher valid on any orders over $20.

For full terms and conditions and to enter please go here.

Thanks everyone and goodluck!!

Lately I’m sure you’ve all seen the pictures floating around social media of an arm knit bunny.
Pattern here

I figured i would give it a go since it was supposed to be quick and easy. I had some thick white yarn leftover (get it here: Moda Vera Monkey Yarn) which was perfect for the project.

Even with thick yarn, you defintely need to use multiple strands no question. By the time i got to the third row it had already chewed so much yarn. I also would need to use even more strands to be able to stuff it. After realising it would be several hundreds of dollars on yarn I decided to give it a go with knitting needles instead.

As you all know I’m great at crocheting, however I am an extremely basic knitter. I used my largest set of needles (9 mm) and get to work.

Once I had the body and head knitted it was time to assemble it. It was clearly harder to do it the same way as it was far smaller. Thankfully the pattern (see above) has very detailed instructions and pictures.

By this point in time it was 1am and so many mistakes. I hated how awful and a crummy job it was. But I wanted to finish what I started, because I knew if I put it down that I would never pick it back up again.

I was sewing it up very quickly and poorly I almost forgot to stuff it. After stuffing and sewing it I hated it even more.

The only thing I like about it is that my daughter absolutely adores it! She cried when i tried to take a photo of the finished project. She sleeps with and smiles when she sees it. So at least
I can say it was worth it because she adores it.

Thanks for reading! I’m sure a more advanced knitter would do this beautiful pattern justice. If anybody else has done one I would love to see it in the comments and on my facebook page.

Thanks so much to everyone, I appreciate you all!!

Please don’t forget to like me and give me a review if you can, thanks! 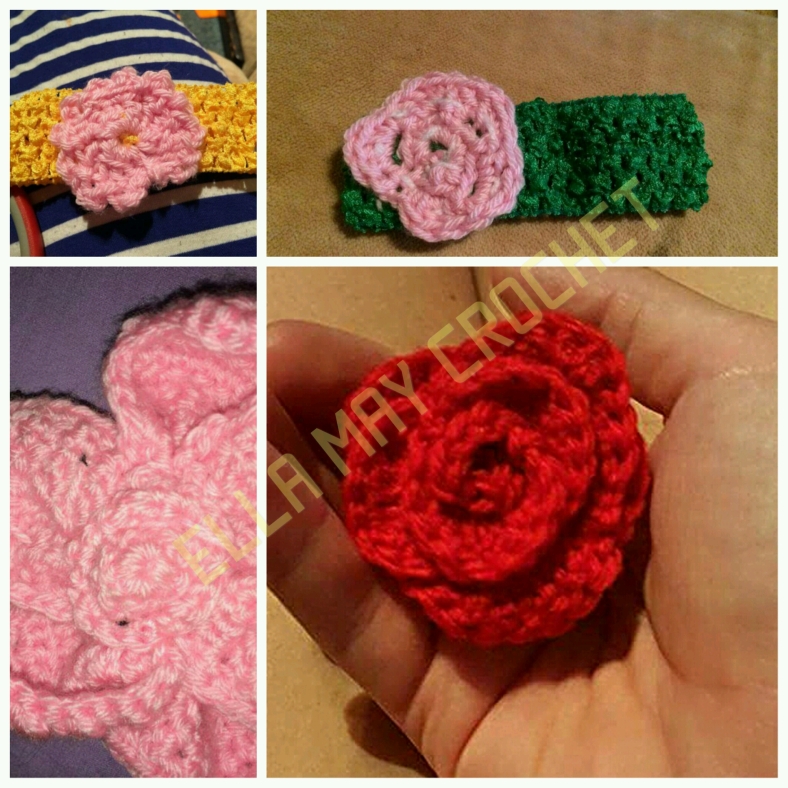 I learned to crochet when I was a young kid, but I would put it down and come back to it in short bursts, sporadically over the years. I never really thought you could make anything besides basic hats, scarves and blankets, oh boy was I  wrong!

I’m now 21 and I picked it back up full time about two years ago. I joined a bunch of crochet groups on facebook and my eyes were opened to the endlless possibilities. My to do list is now miles long, with no end in sight. I find new projects and ideas daily.

About a year ago I set up my own facebook page Ella May Crochet, in the hopes of making baby headbands and the like. I didnt really get any orders and just left the page stagnant for probably over 6 months (I continued to crochet though). I then figured I would give it another go and try to gain more likers. Over the course of a few months by advertising on local garage sale groups, digital networking and like ladders I am now sitting just under 600. I am still trying to grow the page, but I’m also focusing on improving the quality and gaining clientele and commenters.

Looking back over the year’s progress, it’s such a drastic change. I’m embarrassed that I thought it was excellent quality when it wasn’t and that I sent some of these items out. I am very proud of the progress I have made over one year.

The pink flowers were from a year ago, the bottom left was my best one. The red rose was only a few weeks ago and I am very proud of it!

I can’t wait to see more progress over the next year!!!

I saw a picture in an article somwhere about crocheting over rocks and I thought I definitely wanted to give it a go.

So here are my first two. 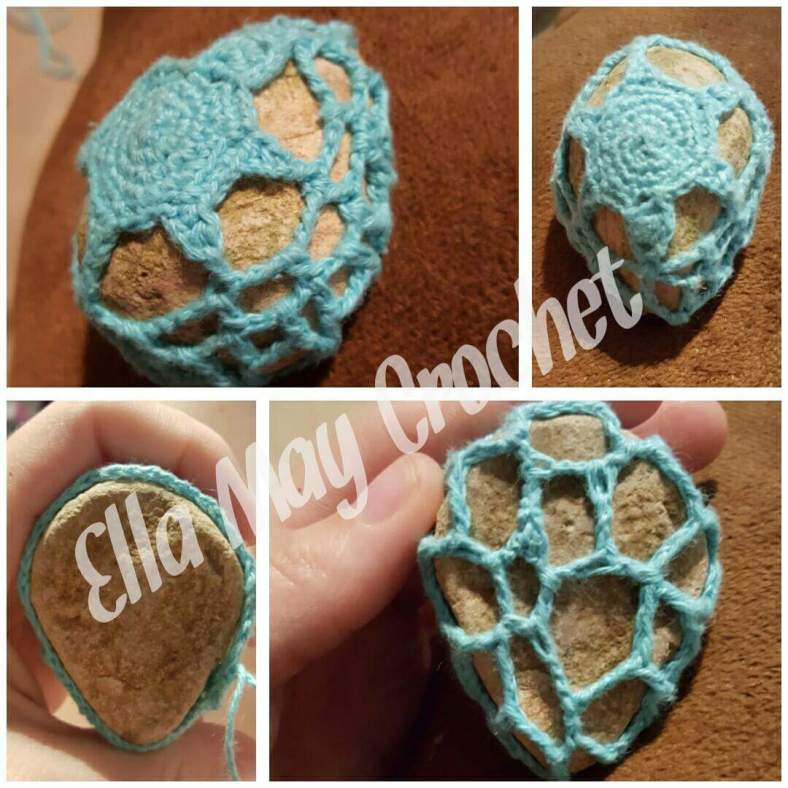 The blue one is a turtle!

An infinity scarf/cowl. I am super proud of my seam on this piece, definitely my best yet!

Tell me what you think!!

Hey everyone,   Figured I would get my own blog to share patterns with you all, review others patterns and work, and of course share with you my own crocheting adventures! Thanks for checking …

Figured I would get my own blog to share patterns with you all, review others patterns and work, and of course share with you my own crocheting adventures!

Thanks for checking me out!